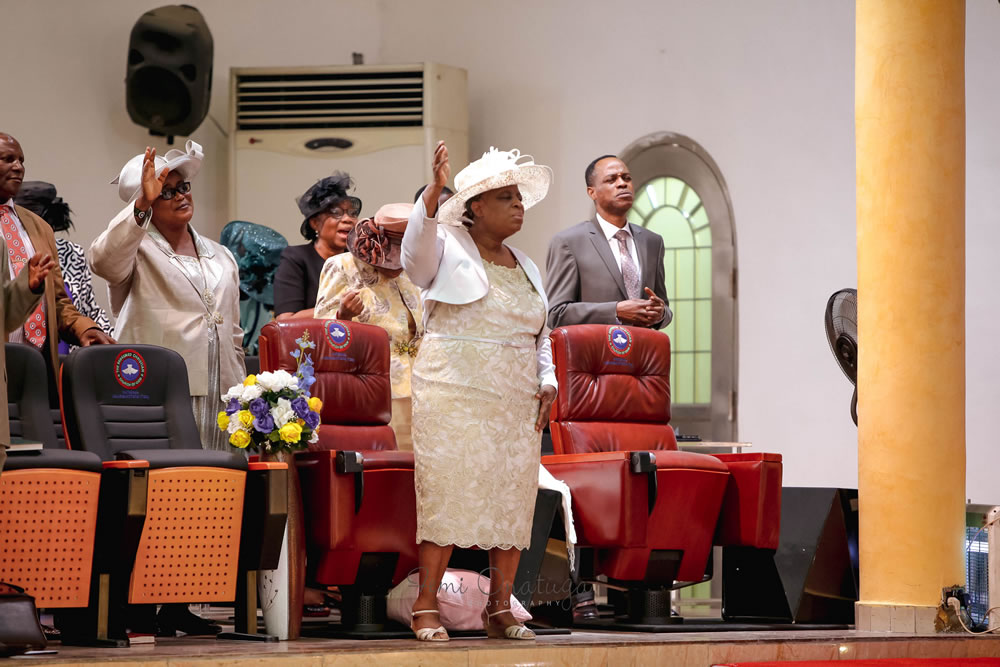 TOPIC: SET IN YOUR WAYS?

Memorise: For as I passed by, and beheld your devotions, I found an altar with this inscription, TO THE UNKNOWN GOD. Whom therefore ye ignorantly worship, him declare l unto you. Acts 17:23

9 On the morrow, as they went on their journey, and drew nigh unto the city, Peter went up upon the housetop to pray about the sixth hour:

10 And he became very hungry, and would have eaten: but while they made ready, he fell into a trance,

11 And saw heaven opened, and a certain vessel descending upon him, as it had been a great sheet knit at the four corners, and let down to the earth:

12 Wherein were all manner of fourfooted beasts of the earth, and wild beasts, and creeping things, and fowls of the air.

14 But Peter said, Not so, Lord; for I have never eaten any thing that is common or unclean.

15 And the voice spake unto him again the second time, What God hath cleansed, that call not thou common. RCCG Saturday Open Heaven 6 August 2022

16 This was done thrice: and the vessel was received up again into heaven.

17 Now while Peter doubted in himself what this vision which he had seen should mean, behold, the men which were sent from Cornelius had made enquiry for Simon’s house, and stood before the gate,

18 And called, and asked whether Simon, which was surnamed Peter, were lodged there.

19 While Peter thought on the vision, the Spirit said unto him, Behold, three men seek thee.

20 Arise therefore, and get thee down, and go with them, doubting nothing: for I have sent them.

God can move in different ways so we cannot put Him in a box. He can also change His mind once in a while when certain conditions are met. In Matthew 15:22-28, a gentile woman came to meet Him asking for healing for her daughter and He ignored her because she was not a Jew. This woman persisted and met the condition of faith. Jesus then changed His mind and healed her daughter, by virtue of her faith. RCCG Saturday Open Heaven 6 August 2022

God could change the way He does things while leaving the end goal constant. It is however, surprising that many Christians are set in their ways. When you are set in your ways, you limit how much God can use you.

The Redeemed Christian Church of God is where it is today because we refused to be set in our ways. When I decided to introduce musical instruments in the early days of the Church, some of the elders were opposed to it, but I showed them Psalm 150:3-5, where musical instruments were used to praise God in the Scriptures, and they yielded. Later on, we decided to start model parishes where people who want more comfortable Church environments can worship. In every country of the world that we get to, we don’t insist on doing things the same way we do in Nigeria. For example, the Holy Ghost Service is called the Festival of Life in many other countries because they are afraid of the word ‘Ghost’. Thus we have been able to reach millions more people for Christ.

Once the goal is carefully spelt out, don’t be rigid in the way it is achieved as long as you are not going against the will of God. Paul saw the people worshipping an unknown God; he did not say “Throw this god away and I will introduce you to another”; rather, he said “I want to help you to know this unknown God”. It was the same goal of winning souls, but different methods. RCCG Saturday Open Heaven 6 August 2022

Key Point: When you are set in your ways, you limit how much God can use you.

Refrain:
Lord, lift me up, and let me stand
By faith, on heaven’s tableland;
A higher plane than I have found,
Lord, plant my feet on higher ground.

2 My heart has no desire to stay
Where doubts arise and fears dismay;
Though some may dwell where these abound,
My prayer, my aim, is higher ground. [Refrain]

3 I want to live above the world,
Though Satan’s darts at me are hurled;
For faith has caught a joyful sound,
The song of saints on higher ground. [Refrain]


4 I want to scale the utmost height,
And catch a gleam of glory bright;
But still I’ll pray till heav’n I’ve found,
“Lord, lead me on to higher ground.” [Refrain]

Bible in one year: Ecclesiastes 9 – Song 2

One thought on “RCCG Saturday Open Heaven 6 August 2022 SET IN YOUR WAYS?”