Memory Verse: Daniel 12:2
Many of them that sleep in the dust of the earth shall awake, some to
everlasting life, and some to shame and everlasting contempt (KJV).
Central Truth
Through faith in Christ, believers can stand courageously for Him in perilous times.
The Lesson Outline
1. Strengthened To Understand the Vision – Daniel 10:1 through 11:1
A. A Final, Troubling Vision
B. The Embattled Messenger
2. God’s People Shine in Darkness
Daniel 11:2 through 12:4
A. Wars Affect God’s People
B. Faithful Will Stand Out
3. The Time of the End
Daniel 12:5-13
A. God’s Redemptive Purpose
B. Faithfulness Needed
Teaching Goals
1. Impart and Reinforce Knowledge: Remind students that God can use world events to complete His redemptive plan.
2. Influence Attitudes:* Challenge students to evaluate how Bible teaching on end-time events influences-or fails to influence-how they live.
3. Influence Behaviour:* Urge students to stand strong for Christ in perilous times.
Introducing the Lesson
Begin by discussing these questions: “Who are some people in the Bible known for making a courageous stand?
What made their stand courageous?” While there are many examples, the Book of Daniel contains two that are widely known.
Refusal to bow to the king’s golden statue resulted in Shadrach,
Meshach, and Abednego being thrown alive into a fiery furnace (Daniel 3).
Continuing to pray to God landed Daniel in a den of lions (Daniel 6).
The final chapters of Daniel describe a final vision that revealed perilous times for God’s people. It would take courage for them to stand true for their faith in God.
Their courage would be rewarded, for God keeps His promises, including the promise of everlasting life.
*The Holy Scriptures*
Assemblies Of God Church Sunday School Lesson 18 September 2022 LESSON 12 END TIME’S PROPHETIC PANORAMA

[1]In the third year of Cyrus king of Persia a thing was revealed unto Daniel, whose name was called Belteshazzar; and the thing was true, but the time appointed was long: and he understood the thing, and had understanding of the vision.
[2]In those days I Daniel was mourning three full weeks.
[3]I ate no pleasant bread, neither came flesh nor wine in my mouth, neither did I anoint myself at all, till three whole weeks were fulfilled.
[4]And in the four and twentieth day of the first month, as I was by the side of the great river, which is Hiddekel;
[5]Then I lifted up mine eyes, and looked, and behold a certain man clothed in linen, whose loins were girded with fine gold of Uphaz:
[7]And I Daniel alone saw the vision: for the men that were with me saw not the vision; but a great quaking fell upon them, so that they fled to hide themselves.
[8]Therefore I was left alone, and saw this great vision, and there remained no strength in me: for my comeliness was turned in me into corruption, and I retained no strength.
[9]Yet heard I the voice of his words: and when I heard the voice of his words, then was I in a deep sleep on my face, and my face toward the ground.
[10]And, behold, an hand touched me, which set me upon my knees and upon the palms of my hands.
[11]And he said unto me, O Daniel, a man greatly beloved, understand the words that I speak unto thee, and stand upright: for unto thee am I now sent. And when he had spoken this word unto me, I stood trembling.
Daniel 11:1
[1]Also I in the first year of Darius the Mede, even I, stood to confirm and to strengthen him.

1. Strengthened To Understand the Vision
A. A Final, Troubling Vision–Daniel 10:1-11
A fourth and final vision given to Daniel by God provided further details of events described in earlier visions concerning future conflicts that would affect the Jewish people
(Daniel 10:1).
Daniel had great concern for his people, and so he mourned, fasted, and prayed for three weeks (verses 2-3).
Such devotion serves as a powerful example of compassion in action for God’s people at a critical and difficult time.
At the end of these three weeks, Daniel had a vision of a man by the
Tigris River. (The Tigris is a major river of the Mesopotamian region, in what is now Iraq, where God’s people were in exile.) It is clear through the description of Scripture that this man more than a human being (verses 4-9).
Some say the messenger may have been the angel Gabriel. Others, however, note that the description is similar to that of the glorified Christ (see Revelation 1:13ff).
Though not visible to Daniel’s companions, this figure struck such
terror in their hearts that they fled. His appearance and voice so overwhelmed Daniel that he fell to the ground in a deep sleep.
The messenger raised Daniel to his hands and knees, and provided
encouraging words, enabling him to stand.
The central message of this dramatic scene, however, was not found in the spectacular events.
The messenger instructed Daniel to
“understand” (KJV) or “consider carefully” (NIV) the words he was about to hear (verse 11).
Daniel needed to grasp how God was at work in world events so that he could encourage his people in the difficult days ahead.
Questions for Application
How did Daniel demonstrate his concern for the Jewish people?
How much emphasis do you place on prayer as you seek out ways to
demonstrate compassion, and how much emphasis do you think should be placed on prayer?

B. The Embattled Messenger

Assemblies Of God Church Sunday School Lesson 18 September 2022 LESSON 12 END TIME’S PROPHETIC PANORAMA
Daniel 10:12 through 11:1*
The messenger provided Daniel with insight into the spiritual warfare taking place around him (Daniel 10:12-13). God had heard Daniel’s prayers over the past three weeks.
Verses 12-13 likely describe demonic forces at work within the Persian government, which ruled over the exiles.
Scripture teaches that a demonic hierarchy exists (Ephesians 1:21; 6:12; Colossians 2:15). In Daniel we see that the archangel Michael had joined in the battle, which allowed the messenger to come to Daniel, though delayed.
The message concerned the future of Daniel’s people (the Jewish people; Daniel 10:14).
The angel touched his lips, giving him strength to speak. Daniel humbly acknowledged the weakness he felt because of the vision.
Again, the angel strengthened Daniel with a touch, reminding him that he was loved and esteemed by God. Daniel need not be fearful, but find peace and strength from God (verses 15-19).
The messenger told Daniel why he had come: to reveal what was
written in Scripture (verses 20-21). After delivering this message, he would return to battle alongside Michael for the sake of the Jews. The messenger had been part of this ongoing struggle before, when he had assisted Darius the Mede (11:1).
This likely refers to Darius being favourably disposed to the Jewish people as they were allowed to
return to the Land and rebuild the walls and temple at Jerusalem.
The mention of the prince of Greece joining the struggle noted Greece’s role in future events.
Assemblies Of God Church Sunday School Lesson 18 September 2022 LESSON 12 END TIME’S PROPHETIC PANORAMA

When studying end-time prophecy how can you stay focused on God’s redemptive purpose?
Why is it important to remember that the Old Testament, along with the New, speaks of God’s redemptive purpose?
*B. Faithfulness Needed-Daniel 12:11-13*
In Daniel 12:11, the man clothed in linen continued with a statement that seems to fit best in the middle of the Tribulation (Daniel 12:11).
He spoke of the daily temple sacrifices being stopped and the setting up of the abomination of desolation, which other passages indicate will take place three and a half years into the Tribulation.
The rest of the Tribulation, when the Jewish people are openly attacked by the Antichrist, will last three and a half years (1,290 days, verse 11).
The man clothed in linen then described those Jews who would survive for 1,335 days as being blessed (verse 12).
This may refer to those who stay true to God through the Tribulation and get to see the establishment of the reign of Jesus in His millennial kingdom. (The 45-day difference between verses 11 and 12 is not explained. It may refer to the period of time used to set up the Kingdom after the Antichrist is thrown into the lake af fire, as described in Revelation 19.)
Following this vision, the Book of Daniel closes on a positive note of encouragement for Daniel to remain faithful (verse 13). Though he would die before his visions would come to pass, he could trust in God’s promises of resurrection and everlasting life.

God gave Daniel visions to provide insight into how He works in history to complete His plan of redemption. These prophesies remind us that the last days will be perilous times.
The spirit of Antichrist is already at work in this world (1 John 4:3). Rather than cower in fear or compromise our beliefs, can stand courageously for Him.
By His grace we can live godly in an ungodly world. By His power we can proclaim the gospel to the ends of the earth as we look for Christ’s return.
Ministry in Action
Close in prayer for the Jewish people. Daniel’s visions show that God is still working among them, that they might accept Jesus as the Messiah.
Assemblies Of God Church Sunday School Lesson 18 September 2022 LESSON 12 END TIME’S PROPHETIC PANORAMA
THIS PUBLICATION IS A PRODUCT OF GENERAL COUNCIL SUNDAY SCHOOL DEPARTMENT ASSEMBLIES OF GOD NIGERIA 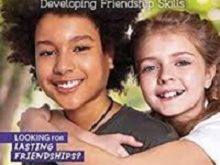