MEMORISE: Take ye from among you an offering unto the LORD: whosoever is of a willing heart, let him bring it, an offering of the LORD; gold, and silver, and brass, Exodus 35:5

Then the Lord spoke to Moses, saying: 2 “Speak to the children of Israel, that they bring Me an offering. From everyone who gives it willingly with his heart you shall take My offering. 3 And this is the offering which you shall take from them: gold, silver, and bronze; 4 blue, purple, and scarlet thread, fine linen, and goats’ hair; 5 ram skins dyed red, badger skins, and acacia wood; 6 oil for the light, and spices for the anointing oil and for the sweet incense; 7 onyx stones, and stones to be set in the ephod and in the breastplate. 8 And let them make Me a sanctuary, that I may dwell among them. 9 According to all that I show you, that is, the pattern of the tabernacle and the pattern of all its furnishings, just so you shall make it.

God invested two major attributes in man, namely: creating him in His image and making him lord over the universe. God thus prepared man to occupy the position of a junior partner with Him, giving him the authority to name all

creatures, as seen in Genesis 2:19: “And out of the ground the Lord God formed every beast of the field, and every fowl of the air; and brought them unto Adam to see what he would call them: and whatsoever Adam called every living creature, that was the name thereof.”

The Scripture above shows clearly that God had, from the beginning of time, charged man with the responsibility of overseeing His creation. I pray that from now, you will live according to Gods expectations of you, in Jesus name.

In todays Bible reading, the Lord commanded Moses to take offerings from the children of Israel for the building of the Tabernacle.

God is still making demands on us – His children by faith, for His projects. It is left to us to respond according to the ability God gives to us. One other truth we must learn from the story of the children of Israel is that everything God demanded from them had already been provided for, by God Himself.

When the children of Israel were leaving Egypt, they got so much treasure from the Egyptians that the Bible says the Israelites spoiled them.

Exodus 12:35-36 says: “And the children of Israel did according to the word of Moses; and they borrowed of the Egyptians jewels of silver, and jewels of gold, and raiment: And the Lord gave the people favour in the sight of the Egyptians, so that they lent unto them such things as they required. And they spoiled the Egyptians.”

Whatever blessing we have is primarily for Kingdom projects including our intellectual, physical and spiritual capabilities. The Lord endowed Queen Esther with such irresistible beauty and wisdom that she was the choice of the king and later became the mouthpiece of her people – the Jews, for deliverance from the hatred of Haman.

Find out the areas in which Gods projects need your urgent attention; go ahead and meet those needs. God bless you as you do so, in Jesus name.

PRAYER POINT: Father, please help me to use everything you have given me to serve You diligently now and always, in the mighty name of Jesus.

Thank you for studying today’s Open Heaven – Equipped To Serve – written by Pastor Enoch A. 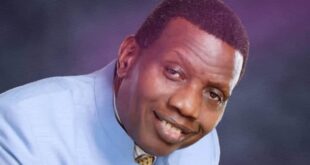 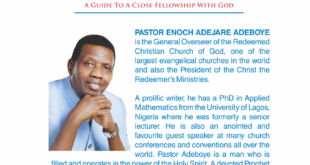