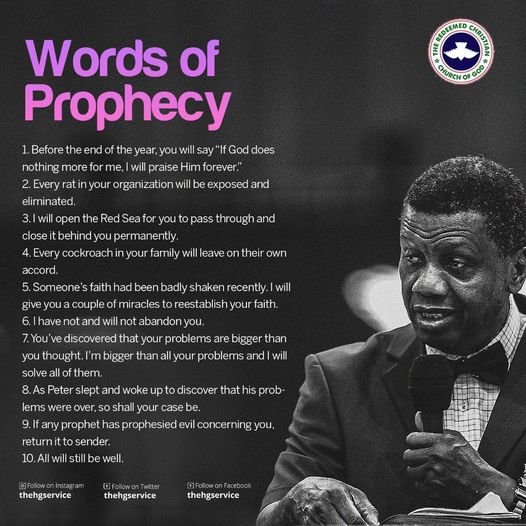 Topic: NEED A MIRACLE? I

Memorise: But my God shall supply all your need according to his riches in glory by Christ Jesus. Philippians 4:19

24 And it came to pass after this, that Benhadad king of Syria gathered all his host, and went up, and besieged Samaria.

25 And there was a great famine in Samaria: and, behold, they besieged it, until an ass’s head was sold for fourscore pieces of silver, and the fourth part of a cab of dove’s dung for five pieces of silver.

26 And as the king of Israel was passing by upon the wall, there cried a woman unto him, saying, Help, my lord, O king.

27 And he said, If the Lord do not help thee, whence shall I help thee? out of the barnfloor, or out of the winepress?

28 And the king said unto her, What aileth thee? And she answered, This woman said unto me, Give thy son, that we may eat him to day, and we will eat my son to morrow.

29 So we boiled my son, and did eat him: and I said unto her on the next day, Give thy son, that we may eat him: and she hath hid her son.

30 And it came to pass, when the king heard the words of the woman, that he rent his clothes; and he passed by upon the wall, and the people looked, and, behold, he had sackcloth within upon his flesh.

1 Then Elisha said, Hear ye the word of the Lord; Thus saith the Lord, To morrow about this time shall a measure of fine flour be sold for a shekel, and two measures of barley for a shekel, in the gate of Samaria.

2 Then a lord on whose hand the king leaned answered the man of God, and said, Behold, if the Lord would make windows in heaven, might this thing be? And he said, Behold, thou shalt see it with thine eyes, but shalt not eat thereof.

3 And there were four leprous men at the entering in of the gate: and they said one to another, Why sit we here until we die?

4 If we say, We will enter into the city, then the famine is in the city, and we shall die there: and if we sit still here, we die also. Now therefore come, and let us fall unto the host of the Syrians: if they save us alive, we shall live; and if they kill us, we shall but die.

5 And they rose up in the twilight, to go unto the camp of the Syrians: and when they were come to the uttermost part of the camp of Syria, behold, there was no man there.

6 For the Lord had made the host of the Syrians to hear a noise of chariots, and a noise of horses, even the noise of a great host: and they said one to another, Lo, the king of Israel hath hired against us the kings of the Hittites, and the kings of the Egyptians, to come upon us.

7 Wherefore they arose and fled in the twilight, and left their tents, and their horses, and their asses, even the camp as it was, and fled for their life.

9 Then they said one to another, We do not well: this day is a day of good tidings, and we hold our peace: if we tarry till the morning light, some mischief will come upon us: now therefore come, that we may go and tell the king’s household.

10 So they came and called unto the porter of the city: and they told them, saying, We came to the camp of the Syrians, and, behold, there was no man there, neither voice of man, but horses tied, and asses tied, and the tents as they were.

11 And he called the porters; and they told it to the king’s house within.

12 And the king arose in the night, and said unto his servants, I will now shew you what the Syrians have done to us. They know that we be hungry; therefore are they gone out of the camp to hide themselves in the field, saying, When they come out of the city, we shall catch them alive, and get into the city.

14 They took therefore two chariot horses; and the king sent after the host of the Syrians, saying, Go and see.

15 And they went after them unto Jordan: and, lo, all the way was full of garments and vessels, which the Syrians had cast away in their haste. And the messengers returned, and told the king.

16 And the people went out, and spoiled the tents of the Syrians. So a measure of fine flour was sold for a shekel, and two measures of barley for a shekel, according to the word of the Lord.

Ever since the fall of man which led to the ground being cursed for his sake, it has become a matter of divine intervention for him to prosper. Only by divine intervention – also known as miracles, can man prosper with ease. In today’s bible reading, Samaria was under siege and people could not go out to farm or trade.

This resulted in a great famine, which became so severe that people started killing their children for food. The situation brought desperation for a miracle in the city of Samaria.

The undeniable truth is that everyone needs a miracle at one time or another – whether physical, psychological, material, financial or even more importantly, spiritual.

King David knew this and wrote “The Lord is my shepherd; I shall not want” (Psalm 23:1).

As we read in the Bible text today, the people of Samaria desperately needed a miracle and they were so blessed that a prophet lived in their midst. The prophet declared the word of God but it was too good for a member of the king’s cabinet to believe and this was to his peril. We need to have faith in God when we are in need of divine intervention (a miracle). The Bible says in 2 Chronicles 20:20:

Beloved, do you need a miracle? Fulfil God’s conditions by obeying all His commandments which include accepting Jesus Christ as your Saviour, living holy, faithful payment of your tithes, cheerful giving of offerings, honouring Him (God) with your first fruits and so on.

Trust God for your all-round blessing and you will surely see His glory.

Prayer Point: Father, please send me miracles to meet all my needs, according to your riches in glory, in the mighty name of Jesus.