Memory Verse:  Foolishness is bound in the heart of a child; but the rod of correction shall drive it far from him. Proverbs 22:15

12 Apply thine heart unto instruction, and thine ears to the words of knowledge.

13 Withhold not correction from the child: for if thou beatest him with the rod, he shall not die.

14 Thou shalt beat him with the rod, and shalt deliver his soul from hell.

In the school I attended in my village, there were children from both affluent and poor homes. One day a child from an affluent home committed a misdemeanour, and a teacher meted out corporal punishment to him. This was an approved medium of discipline in the school but the boy reported to his father who came to school the next day and beat up our teacher. Our teacher reported the assault to the local police however the rich man had been there early to bribe them, so the police did not act on the report. Our teacher frustrated and deeply aggrieved returned and divided the class into two. He put the children of the rich on one side and the rest of us on the other side. He vowed never to flog the children from rich homes again, but would continue to do so to those of us from poor homes. Today, only a few among the children that were not flogged have amounted to something in life. If you love your children, you would not spare the rod when they err.

Eli’s children grew to become wayward and God held him accountable for not being firm enough with them (1 Samuel 2:29-34). Conversely, God did not hesitate to bless Abraham because He was confident that the patriarch would command his children and household to keep his laws (Genesis 18:17-19). The second law of thermodynamics says everything left to itself tends to disorder. In the same vein, any child not strictly cautioned to behave properly will ultimately become spoilt. Open Heavens Devotional Friday 13 November 2020

I know using the rod on children is now considered child abuse in this generation, however you must know there is a difference between correcting a child in love and abusing a child.

“He that spareth his rod hateth his son: but he that loveth him chasteneth him betimes.” Proverbs 13:24

The rod is not just the cane, it connotes firm correction when children err. You cannot be permissive with a child all the time and expect him/her to grow up with good morals.

God expects you to compel your children and entire household to serve Him (Genesis 18:19). Don’t spare the rod.

Hymn for today: (Hymn 6) God Give Us Christian Homes

Open Heavens Today’s Reflection: God expects you to command your children and household to uphold his statutes, as Abraham did.

28 In the end of the sabbath, as it began to dawn toward the first day of the week, came Mary Magdalene and the other Mary to see the sepulchre.

2 And, behold, there was a great earthquake: for the angel of the Lord descended from heaven, and came and rolled back the stone from the door, and sat upon it.

3 His countenance was like lightning, and his raiment white as snow:

4 And for fear of him the keepers did shake, and became as dead men.

5 And the angel answered and said unto the women, Fear not ye: for I know that ye seek Jesus, which was crucified.

6 He is not here: for he is risen, as he said. Come, see the place where the Lord lay.

7 And go quickly, and tell his disciples that he is risen from the dead; and, behold, he goeth before you into Galilee; there shall ye see him: lo, I have told you.

8 And they departed quickly from the sepulchre with fear and great joy; and did run to bring his disciples word.

9 And as they went to tell his disciples, behold, Jesus met them, saying, All hail. And they came and held him by the feet, and worshipped him.

10 Then said Jesus unto them, Be not afraid: go tell my brethren that they go into Galilee, and there shall they see me.

11 Now when they were going, behold, some of the watch came into the city, and shewed unto the chief priests all the things that were done.

12 And when they were assembled with the elders, and had taken counsel, they gave large money unto the soldiers,

13 Saying, Say ye, His disciples came by night, and stole him away while we slept.

14 And if this come to the governor’s ears, we will persuade him, and secure you.

15 So they took the money, and did as they were taught: and this saying is commonly reported among the Jews until this day.

16 Then the eleven disciples went away into Galilee, into a mountain where Jesus had appointed them.

17 And when they saw him, they worshipped him: but some doubted.

18 And Jesus came and spake unto them, saying, All power is given unto me in heaven and in earth.

19 Go ye therefore, and teach all nations, baptizing them in the name of the Father, and of the Son, and of the Holy Ghost:

20 Teaching them to observe all things whatsoever I have commanded you: and, lo, I am with you always, even unto the end of the world. Amen.

16 And when the sabbath was past, Mary Magdalene, and Mary the mother of James, and Salome, had bought sweet spices, that they might come and anoint him.

2 And very early in the morning the first day of the week, they came unto the sepulchre at the rising of the sun.

3 And they said among themselves, Who shall roll us away the stone from the door of the sepulchre?

4 And when they looked, they saw that the stone was rolled away: for it was very great.

5 And entering into the sepulchre, they saw a young man sitting on the right side, clothed in a long white garment; and they were affrighted.

6 And he saith unto them, Be not affrighted: Ye seek Jesus of Nazareth, which was crucified: he is risen; he is not here: behold the place where they laid him.

7 But go your way, tell his disciples and Peter that he goeth before you into Galilee: there shall ye see him, as he said unto you.

8 And they went out quickly, and fled from the sepulchre; for they trembled and were amazed: neither said they any thing to any man; for they were afraid.

9 Now when Jesus was risen early the first day of the week, he appeared first to Mary Magdalene, out of whom he had cast seven devils.

10 And she went and told them that had been with him, as they mourned and wept.

11 And they, when they had heard that he was alive, and had been seen of her, believed not.

12 After that he appeared in another form unto two of them, as they walked, and went into the country.

13 And they went and told it unto the residue: neither believed they them.

14 Afterward he appeared unto the eleven as they sat at meat, and upbraided them with their unbelief and hardness of heart, because they believed not them which had seen him after he was risen.

15 And he said unto them, Go ye into all the world, and preach the gospel to every creature.

17 And these signs shall follow them that believe; In my name shall they cast out devils; they shall speak with new tongues;

18 They shall take up serpents; and if they drink any deadly thing, it shall not hurt them; they shall lay hands on the sick, and they shall recover.

19 So then after the Lord had spoken unto them, he was received up into heaven, and sat on the right hand of God.

20 And they went forth, and preached every where, the Lord working with them, and confirming the word with signs following. Amen. 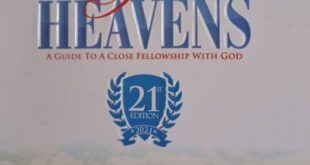 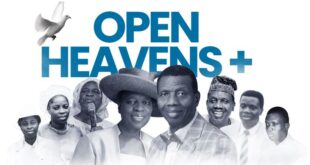