Memorise: Woe unto him that giveth his neighbour drink, that puttest thy bottle to him, and makest him drunken also, that thou mayest look on their nakedness! Habakkuk 2:15 OPEN HEAVENS Saturday 27 February 2021

Woe unto him that giveth his neighbour drink. that puttest thy bottle to him, and makest him drunken also, that thou mayest look on their nakedness! Habakkuk 2:15

Not only is it sinful to drink alcohol, it is also sinful to ofter it to others. I used to think it was all right to give alcohol to other people to drink as long as I was not drinking it until my Father-in-the-Lord preached that it was wrong and he backed it up with the Bible passage above. OPEN HEAVENS Saturday 27 February 2021

The day I heard that message, I got rid of all the alcoholic drinks I kept at home for entertaining visítors because didn’t want a curse on my head. In those days, I had friends who were sailors, and whenever they travelled, they brought me all kinds of alcoholic drinks. Some of my other friends knew this and always visited whenever they wanted a drink. Whenever they arrived, they would say “We can’t pass the house of the king without saying hello to him”. Little did I know that I was the “king’ of alcohol. I thank God that I am now well known for soulwinning and holiness.

Habakkuk 2:15 says if a person knows the dangers of alcohol and avoids it, but still gives it to others, then woe unto that person. AS Such, when you are organising a party and some people are suggesting that you serve alcohol even though you don’t drink, tell them that you don’t want any curse on yourself.

If you truly love your neighbours and relatives, you would be persuading them to stop taking alcohol, not offering it to them. The Bible says: Give strong drink unto him that is ready to perish, and wine unto those that be of heavy hearts. OPEN HEAVENS Saturday 27 February 2021

Are your relatives and friends ready to perish? Do you want to be a tool in the hand of the devil to make anyone perish?

If your answer is ‘no’ then you shouldn’t offer anyone alcohol.

When Lot’s daughters offered their father alcohol, they thought they were doing him good, but their ill-conceived decision later on created enemies for Israel (Genesis 19:37-38).


Key Point: Offering alcohol to people will bring a curse upon you and ultimately lead to their destruction.

Bible in one year: Philippians 1-4 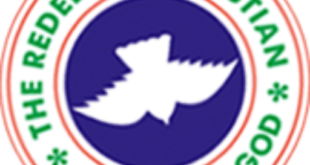 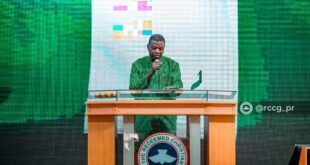