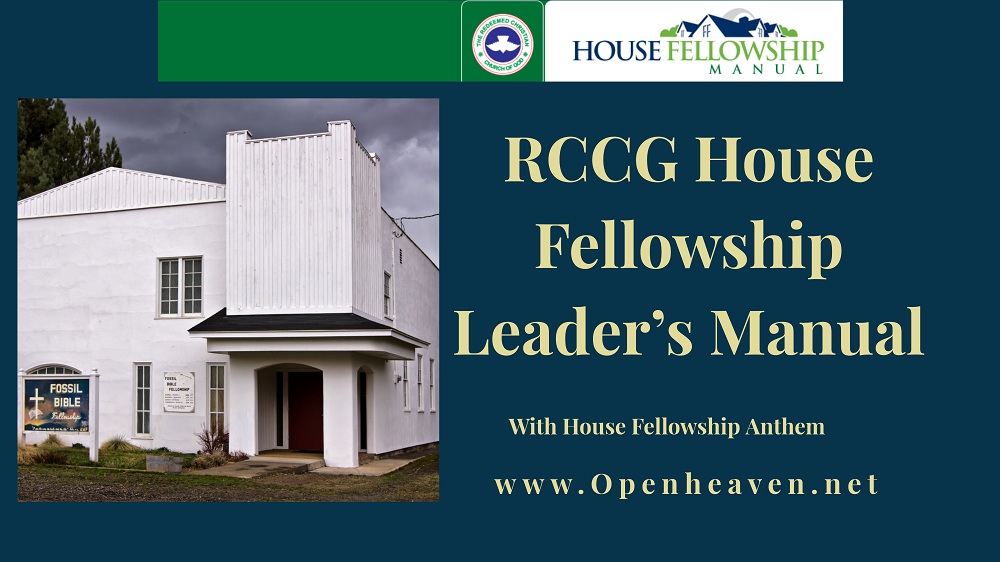 TOPIC: KINGS ARE NOT SAVED BY THEIR LARGE SEIZES OF THEIR ARMIES

PRAYER POINTS:
1. Thank the Lord for making you King and Priest unto Himself. – Revelation 1:6
2. Ask for God’s mercy where you have erred against Him. – Hebrews 4:16
3. Father, give us all-round rest in RCCG.
4. Father, contend with those that are contending with your son, Daddy G.O..
5. Individual requests. RCCG HOUSE FELLOWSHIP LEADER’S MANUAL SUNDAY 14TH OF FEBRUARY 2021 LESSON 24

GOLDEN DIET FOR THE WEEK


MONDAY: Study King Jehoshaphat in 2 Chronicles 20:1-26 and learn how he won the war.
TUESDAY: Study those that did not win and refrain from their mistake/s (Achan’s sin in Joshua 7:1-11)
WEDNESDAY: Learn to put on you the whole armour of God according to Ephesians 6:10-18
THURSDAY: Tell God to settle you according to 1 Peter 5:10.
FRIDAY: 1 Peter 2:9 – Ask God to manifest His glory in your life?
SATURDAY: Decree that whatever battle confronting you in life must disappear now.
SUNDAY: Give God thanks for your deliverance.