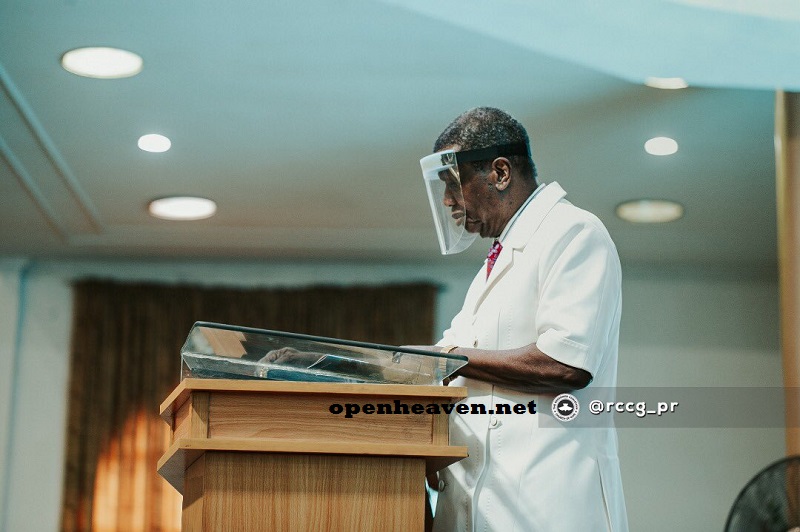 TOPIC: THE BLESSINGS OF COMMITMENT

Memorise: My God hath sent his angel, and hath shut the lions’ mouths, that they have not hurt me: forasmuch as before him innocency was found in me; and also before thee, O king, have done no hurt. Daniel 6:22

6 It pleased Darius to set over the kingdom an hundred and twenty princes, which should be over the whole kingdom;

2 And over these three presidents; of whom Daniel was first: that the princes might give accounts unto them, and the king should have no damage.

3 Then this Daniel was preferred above the presidents and princes, because an excellent spirit was in him; and the king thought to set him over the whole realm.

4 Then the presidents and princes sought to find occasion against Daniel concerning the kingdom; but they could find none occasion nor fault; forasmuch as he was faithful, neither was there any error or fault found in him.

5 Then said these men, We shall not find any occasion against this Daniel, except we find it against him concerning the law of his God.

6 Then these presidents and princes assembled together to the king, and said thus unto him, King Darius, live for ever.

7 All the presidents of the kingdom, the governors, and the princes, the counsellors, and the captains, have consulted together to establish a royal statute, and to make a firm decree, that whosoever shall ask a petition of any God or man for thirty days, save of thee, O king, he shall be cast into the den of lions.

8 Now, O king, establish the decree, and sign the writing, that it be not changed, according to the law of the Medes and Persians, which altereth not.

9 Wherefore king Darius signed the writing and the decree.

10 Now when Daniel knew that the writing was signed, he went into his house; and his windows being open in his chamber toward Jerusalem, he kneeled upon his knees three times a day, and prayed, and gave thanks before his God, as he did aforetime.

11 Then these men assembled, and found Daniel praying and making supplication before his God.

12 Then they came near, and spake before the king concerning the king’s decree; Hast thou not signed a decree, that every man that shall ask a petition of any God or man within thirty days, save of thee, O king, shall be cast into the den of lions? The king answered and said, The thing is true, according to the law of the Medes and Persians, which altereth not.

13 Then answered they and said before the king, That Daniel, which is of the children of the captivity of Judah, regardeth not thee, O king, nor the decree that thou hast signed, but maketh his petition three times a day.

14 Then the king, when he heard these words, was sore displeased with himself, and set his heart on Daniel to deliver him: and he laboured till the going down of the sun to deliver him.

15 Then these men assembled unto the king, and said unto the king, Know, O king, that the law of the Medes and Persians is, That no decree nor statute which the king establisheth may be changed.

16 Then the king commanded, and they brought Daniel, and cast him into the den of lions. Now the king spake and said unto Daniel, Thy God whom thou servest continually, he will deliver thee.

17 And a stone was brought, and laid upon the mouth of the den; and the king sealed it with his own signet, and with the signet of his lords; that the purpose might not be changed concerning Daniel.

18 Then the king went to his palace, and passed the night fasting: neither were instruments of musick brought before him: and his sleep went from him.

19 Then the king arose very early in the morning, and went in haste unto the den of lions.

20 And when he came to the den, he cried with a lamentable voice unto Daniel: and the king spake and said to Daniel, O Daniel, servant of the living God, is thy God, whom thou servest continually, able to deliver thee from the lions?

21 Then said Daniel unto the king, O king, live for ever.

22 My God hath sent his angel, and hath shut the lions’ mouths, that they have not hurt me: forasmuch as before him innocency was found in me; and also before thee, O king, have I done no hurt.

Yesterday  CLICK HERE we discussed the price of commitment and noted that, as high as the price of commitment to Kingdom projects may be, it is highly rewarding. Today we shall dwell further on this and I pray that we would be spurred unto greater commitment to godliness and Kingdom business in Jesus’ name.  Our text today is a classic example of the blessings of commitment, especially to godliness. King Darius was deceived into signing a deadly document that forbade everyone to pray to God or any other person asides the king himself, for thirty days. The perpetrators of this deceit knew Daniel was committed to praying to God and they sought to implicate him with the law. Darius later realized that he had been misguided into signing a death warrant for Daniel, whom he obviously admired and respected. Daniel continued to pray to God despite the law, and as expected, he was thrown into the den of lions. Darius could not sleep that night, and as soon as it was morning, he ran to the den of lions to confirm the authenticity of the power of God and whether God had rewarded Daniel for his commitment to Him. The Bible says:  And when he came to the den, he cried with a lamentable voice unto Daniel: and the king spake and said to Daniel, O Daniel, servant of the living God, is thy God, whom thou servest continually, able to deliver thee from the lions? Daniel 6:20.

The God of Daniel – the Lion of the tribe of Judah had delivered him from the jaws of the lions. Daniel replied, confirming the reward of commitment to godliness:

Then said Daniel unto the king, O king, live forever. My God hath sent his angel, and hath shut the lions mouths, that they have not hurt me; forasmuch as before him innocency was found in me; and also before thee, O king, have I done no hurt. Daniel 6:21-22.

May you also reap the benefits and rewards of commitment to the Almighty God and His Kingdom’s business, in the mighty name of Jesus. RCCG Open Heaven Tuesday 11 January 2022

Hymn 12 My Faith Looks Up To Thee

1 My faith looks up to thee,
thou Lamb of Calvary,
Savior divine.
Now hear me while I pray;
take all my guilt away;
O let me from this day
be wholly thine!

2 May thy rich grace impart
strength to my fainting heart;
my zeal inspire!
As thou hast died for me,
oh, may my love to thee
pure, warm, and changeless be,
a living fire!

3 While life’s dark maze I tread,
and griefs around me spread,
be thou my guide.
Bid darkness turn to day,
wipe sorrow’s tears away,
nor let me ever stray
from thee aside.


4 When ends life’s transient dream,
when death’s cold, sullen stream
shall o’er me roll,
blest Savior, then, in love,
fear and distrust remove;
O bear me safe above,
a ransomed soul!