The following are the Highlights of the Decisions taken by the Governing Council of RCCG as reported by OPENHEAVEN.NET

1. We are doing some Restructuring and so dividing the Office of Admin/Personnel with the Admin (Administration) on one side and the Personnel on one side.

I. Admin – To be Headed by Pastor Dele Balogun

II. Personnel – To be Headed by Pastor Julius Olalekan.

2. The current National Overseer is now fully Retired – He (Pastor Obayemi) has indeed been an Excellent Man of God and that is just the word.

I don’t know why they didn’t give some of us that has been around for a long time Awards too – I have been General Overseer for forty two (42) Years now.

Since he is fully Retired now, we need to get a New National Overseer.

It is not for “Small Boy” and it will now be for a Tenure of two (2) Years Renewable.

The New National Overseer is Pastor Sunday Akande – And he will be based at the Redemption Camp!

And I will tell you why?

The Governing Council has decided that the Redemption Camp be calved out of the Present Ogun State and it will be a City on its own.

And this will be the beginning of what Daddy (God) told me – That one day, the Redemption Camp will be like the Vatican City.

OPENHEAVEN.NET NOTES: Vatican City, a City-State surrounded by Rome, Italy, and it is the Headquarters of the Roman Catholic Church. It’s home to the Pope and a trove of Iconic Art and Architecture. Its Vatican Museums house ancient Roman Sculptures such as the famed “Laocoön and His Sons” as well as Renaissance frescoes in the Raphael Rooms and the Sistine Chapel, famous for Michelangelo’s ceiling.

… I don’t want to go into more details than that.

So, all the Churches in the Redemption will report to the National Overseer and he will oversee the Redemption Camp. He will also go everywhere I send him to represent me.

But then we have “Grown” a “Little More” and so our Roads are having some funny names – Car Park C Road, Resort Road, Market Road.

And I said that what God will want us to do is to name the Roads after some People who has done some Significant Things.

Redemption Road will now be known as Akindayomi Road (That is the longest and widest Road in the Redemption Camp).

And other People that contributed to the Development of the Redemption Camp has Roads named after them as well.

I. Pastor Lemoshe, now of Blessed Memory (Who is the first Engineer at the Redemption Camp since 1983 – Guiding and Supervising the work) will have a Road named after him. OPENHEAVEN.NET

II. There is one fellow called Goke Alade (The first Carpenter that led the Team to build the First Auditorium); there is a Road named after him.

III. Other People – Like the Original Governing Council Members has Roads named after them.

And so when I was taking the Fellow who will do the Sign Post round; the Question arose: Where is your Road?

Everyone whose names doesn’t exist will join together to have a Road named after them – Holiness Road!

4. The Governing Council approved as follows:

I. The Creation of thirty three (33) New Provinces and seven (7) New Regions.

5. The Governing Council discussed the issue of Retirement at age seventy (70) Years.

They made it very clear that the fact that you are Retired should not make you Reductant – Your being Retired just simply means that you have switched to another realm of Ministry.

Whether you believed it or not – No Liar will make it to Heaven; I have Prepared for my Retirement ten (10) Years before I was seventy (70) Years old.

I had Great Plans:

I. I wanted to run “COMMENTARY OF THE BIBLE” from Genesis to as far as God will give me the Grace.

I know the Grace God has given me – I can take a Verse of a Bible and write and write on it until I can Produce a Book on it.

At such time, there won’t be any distraction for me – No Divine Encounter, no Shiloh Hour, not even Holy Ghost Service (HGS). OPENHEAVEN.NET

I will just wake up, eat (at least Breakfast) and then continue doing my work.

II. I said that I will travel for one hundred (100) days – That I will buy a Ticket to travel on a ship and just travel round the world.

III. I said that I will spend the first one hundred (100) days of my Retirement eating so much that you won’t even recognise me.

And then spend the rest of my Life Producing “Commentary on Bible”. Such that even long after I have died, People will still get copies of the “Commentary Bible” to read.

And then, I negotiated with my Father in Heaven to allow me to go on Retirement!

It got to a Stage that He (God) told me that if you should insist on Retirement when I said that you should not son; you will lose your two (2) eyes – That’s Serious!

So, I dropped my Plans and I thank God for that!

But I was quietly hoping that when I am eighty (80) Years ago, that He (God) will tell me that you have been Obedient enough and you can now go on your Retirement!

You don’t think the way I think – When I wanted to turn eighty (80) and the time for my usual Fasting coming, that will cumulative to the Special Holy Ghost Service (SHGS).

A very Good friend of mine came and advised me that the age of this “Long Fasting” is over now.

There are many other People that came to me said that you don’t need to Fast again, just make a Decree.

That my friend went ahead to tell me the Story of when he was Fasting and Preaching and then he was about to faint. That he just used Wisdom to say: Everybody Pray. And he lie down on the Altar until his face was clear. And he then said: Alright, you can go now as God has answered your Prayers.

I had to tell him – Okay, let us reach an Agreement: I will begin the Fasting but as soon as I can’t cope again then I will break the Fast. OPENHEAVEN.NET

… But I didn’t Break the Fast.

So, on the Friday of the Special Holy Ghost Service, when the legs of an eighty (80) Years Old Man is not as Strong again as the leg of a fifty (50) Years Old Man, that is when everybody became “A Chairman”.

When you are eighty (80) Years Old, then you should be Wise.

Wisdom is Stronger than Strength!

That you are seventy (70) Years old, and asked to Retire; does not mean you should be Reductant. If you Reductant, then it simply means that you don’t have a Plan!

When your time comes to Retire, don’t be Reductant!

… That’s the decision of the Governing Council!

6. Since the National Overseer has now Retired and we have a New One; the Position of the Continental Overseer of Africa 1 is now vacant.

The Person to take over the Continental Overseer of Africa 1 is going to be Pastor Kalu Ndukwe.

Pastor Kalu Ndukwe is sixty six (66) Years Old and he joined The Redeemed Christian Church of God (RCCG) thirty (30) Years ago. He was Ordained in the Year 1998, became Pastor In Charge of Region (PICR) in 2014 and became a Assistant Continental Overseer (ACO) in 2020.

So, shall we say: God Bless our New Continental Overseer – Amen!

7. As Part of my Preparation for my Departure – I am not going yet and you should be sure that there is no Problem.

So, I decided to Prepare a “Minister’s Hand Book”.

This Minister’s Hand Book tells you:

I. The History of The Redeemed Christian Church of God (RCCG).


This is necessary so that no one will deny you of your Promotion when dued!

III. It tells you how a New General Overseer (GO) will be Appointed.

IV. It tells you quite beautiful things about The Redeemed Christian Church of God (RCCG)

And because it is an Hand Book meant for Pastors of The Redeemed Christian Church of God (RCCG); it will not be in the Market. To get a Copy, you will have to go through your Pastor In Charge of Province (PICP).

But it is the Pastor In Charge of Province (PICP) that will book for it based on the “Genuine Ministers” of The Redeemed Christian Church of God (RCCG) under them.

We have also put the Logo of Jubilee on it so that we can know that it is Produced and unfolded during the Jubilee RCCG Annual Convention 2022. OPENHEAVEN.NET

Someone say: God Bless The Governing Council of The Redeemed Christian Church of God (RCCG)! 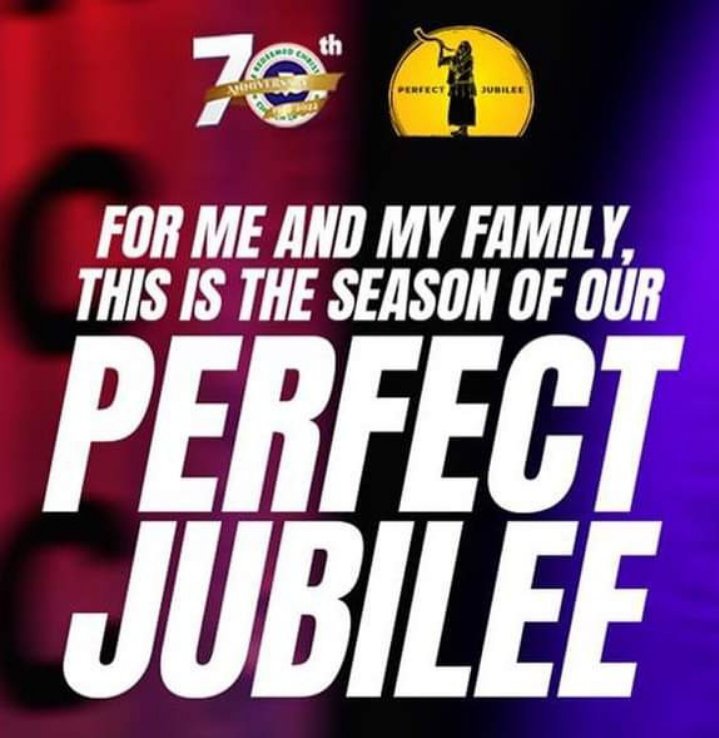 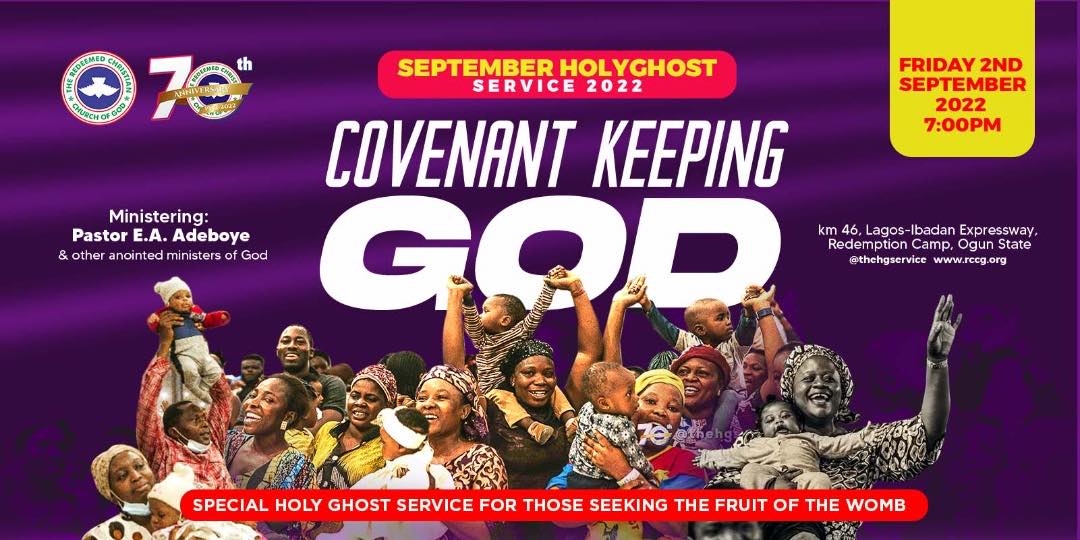 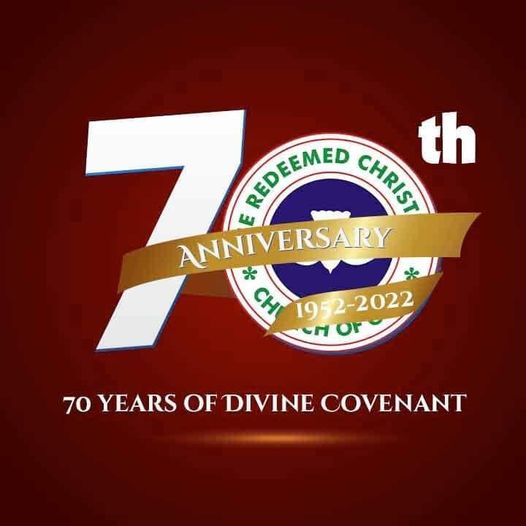 The Lyrics of the Poem (Ewi) rendered by Pastor E.A. Adeboye during RCCG 70th Annual Convention