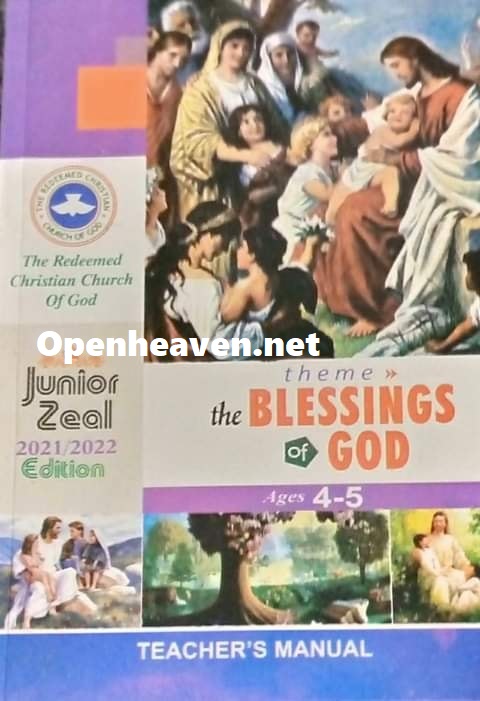 TOPIC: THE BLESSINGS OF RESTORATION

BIBLE TEXT:1 Samuel 30:1-26; Prov. 13:22b
[1]And it came to pass, when David and his men were come to Ziklag on the third day, that the Amalekites had invaded the south, and Ziklag, and smitten Ziklag, and burned it with fire;
[2]And had taken the women captives, that were therein: they slew not any, either great or small, but carried them away, and went on their way.
[3]So David and his men came to the city, and, behold, it was burned with fire; and their wives, and their sons, and their daughters, were taken captives.
[4]Then David and the people that were with him lifted up their voice and wept, until they had no more power to weep.
[5]And David’s two wives were taken captives, Ahinoam the Jezreelitess, and Abigail the wife of Nabal the Carmelite.
[6]And David was greatly distressed; for the people spake of stoning him, because the soul of all the people was grieved, every man for his sons and for his daughters: but David encouraged himself in the LORD his God.
[7]And David said to Abiathar the priest, Ahimelech’s son, I pray thee, bring me hither the ephod. And Abiathar brought thither the ephod to David.
[8]And David enquired at the LORD, saying, Shall I pursue after this troop? shall I overtake them? And he answered him, Pursue: for thou shalt surely overtake them, and without fail recover all.
[9]So David went, he and the six hundred men that were with him, and came to the brook Besor, where those that were left behind stayed.
[10]But David pursued, he and four hundred men: for two hundred abode behind, which were so faint that they could not go over the brook Besor.
[11]And they found an Egyptian in the field, and brought him to David, and gave him bread, and he did eat; and they made him drink water;
[12]And they gave him a piece of a cake of figs, and two clusters of raisins: and when he had eaten, his spirit came again to him: for he had eaten no bread, nor drunk any water, three days and three nights.
[13]And David said unto him, To whom belongest thou? and whence art thou? And he said, I am a young man of Egypt, servant to an Amalekite; and my master left me, because three days agone I fell sick.
[14]We made an invasion upon the south of the Cherethites, and upon the coast which belongeth to Judah, and upon the south of Caleb; and we burned Ziklag with fire.
[15]And David said to him, Canst thou bring me down to this company? And he said, Swear unto me by God, that thou wilt neither kill me, nor deliver me into the hands of my master, and I will bring thee down to this company.
[16]And when he had brought him down, behold, they were spread abroad upon all the earth, eating and drinking, and dancing, because of all the great spoil that they had taken out of the land of the Philistines, and out of the land of Judah.
[17]And David smote them from the twilight even unto the evening of the next day: and there escaped not a man of them, save four hundred young men, which rode upon camels, and fled.
[18]And David recovered all that the Amalekites had carried away: and David rescued his two wives.
[19]And there was nothing lacking to them, neither small nor great, neither sons nor daughters, neither spoil, nor any thing that they had taken to them: David recovered all.
[20]And David took all the flocks and the herds, which they drave before those other cattle, and said, This is David’s spoil.
[21]And David came to the two hundred men, which were so faint that they could not follow David, whom they had made also to abide at the brook Besor: and they went forth to meet David, and to meet the people that were with him: and when David came near to the people, he saluted them.
[22]Then answered all the wicked men and men of Belial, of those that went with David, and said, Because they went not with us, we will not give them ought of the spoil that we have recovered, save to every man his wife and his children, that they may lead them away, and depart.
[23]Then said David, Ye shall not do so, my brethren, with that which the LORD hath given us, who hath preserved us, and delivered the company that came against us into our hand.
[24]For who will hearken unto you in this matter? but as his part is that goeth down to the battle, so shall his part be that tarrieth by the stuff: they shall part alike.
[25]And it was so from that day forward, that he made it a statute and an ordinance for Israel unto this day.
[26]And when David came to Ziklag, he sent of the spoil unto the elders of Judah, even to his friends, saying, Behold a present for you of the spoil of the enemies of the LORD;
Proverbs 13:22B
And the wealth of the sinner is laid up for the just.
MEMORY VERSE: 1 SAMUEL 30:8b “And he answered; pursue. for thou you shalt surely overtake them and without fail recover all”
LESSON AIM: God is God of restoration.
CHILD RELATED TRUTH: Ask God to restore whatever you have lost.

Jesus, lover of my soul,
Let me to Thy bosom fly,
While the nearer waters roll,
While the tempest still is high.
Hide me, O my Saviour, hide,
Till the storm of life be past.
Safe in the haven guide,
O receive my soul at last!
Other refuge have I none,
Hangs my helpless soul on thee.
Leave, ah! Leave me not alone.
Still support and comfort me.

A. Now it happened, when David and his men came to Ziklag on the third day that the Amalekite had invaded Ziklag and burnt it down with fire.
B. They took capture women, their sons, daughter are carried them away. Then David and the people who were with him lifted up their voices and wept until they had no more power to weep.
David and his men were sorrowful, sin also produce pain and sorrow. What is sin? Whatever you do, say or think that makes God unhappy. The punishment of sin is death Romans 3:23; which is separation from God Romans 3:26.
C. So David inquired of the Lord saying “shall I pursue this troop? Shall I overtake them and without fail recover all.
God told David to pursue, overtake and recover all because He loves and care about him, and his people. That God also loves and care about you and He wants you to recover all you have lost to sin. So He sent Jesus to die on the cross to pay for your sins John 3:16.
D. So David went, himself and his six hundred men who were with him, then they found them from the land of the Philistines and from the land of Judah and they attack them from twilight until evening of the next day.
E. So David recovered all that the Amalekites had carried away and David rescued his two wives, sons and daughters small or great David recovered all.
CLIMAX: David took all the flocks and herds they had driven before those other livestock and said “This is David’s Spoil”.
CONCLUSION: Now when David came to Ziklag, he sent some spoil to the elders of Judah, to his friends saying “here is a present for you from the spoils of the enemies of the Lord”.
CHALLENGE: As a child of God, God wants you to recover whatever the enemies have stolen from you, family, church or Nations. Cry to God for your blessing of restoration.
INVITATION: Be a child of God then you will enjoy the blessings of Restoration Accept Jesus as your Lord and Saviour Acts 16:31. RCCG LOWER JUNIOR ZEAL FOR AGE 4-5 TEACHER’S MANUAL SUNDAY 26TH OF JUNE 2022 LESSON FORTY THREE(43)